This guest post from Certified Conscious Co-Parenting Coach, Michael Lewis, and was originally published on his website, insideauthenticminds.com

Tom just seemed like a quirky guy (or so I thought at the time), but hindsight is a funny thing… it gives us a whole new perspective. Twenty-five years later I can finally recognize the truth: Tom wasn’t a “quirky guy”. He was a drowning man.

I met Tom somewhere around 1994.  Motorola was building a new semiconductor plant on the east side of Austin, Texas and my father acquired a portion of the contract. My dad is a contractor whose company installs water, sewer, and drainage pipes and moves dirt for road and building construction.  He had followed his father into the business when he graduated high school in the early 70s, and I naturally jumped headfirst into the family business when I was a teenager during summer breaks. It was a great experience for me and it also introduced me to a lot of people, both good and bad.

Tom was one of the good ones. He was probably 15 years older than me, and because we respected each other it was fun for me to be around him. Tom had graduated from Texas A&M University with an engineering degree and was one of the top bosses on the Motorola site. He was smart, funny, and would work as hard as anyone. He had a lot going for him in those days.

He was newlywed and would have two kids before the turn of the millennium.  In the mid, to late 90s Tom built his dream house with an underground shooting range. He had designed and built it himself so he could shoot guns on his terms. Tom was always jokingly accused of being an extreme “ADHD” type of guy. He was a gas pedal to the floor character and you never knew what to expect. An adventure was always lingering just around the corner, to say it mildly.

Despite Tom having so much going for him, his life wasn’t all sunshine and roses. A common gossip topic often revolved around Tom’s wife. She was controlling and unfriendly… she was obtuse and I can’t remember anyone mentioning that it was even slightly pleasant to be around her. Somewhere along the way Tom and his wife got divorced.  At the time their divorce happened Tom was not an everyday figure in my life but our paths would cross from time to time. By this time I had graduated high school and was well into building a career in the construction world, working for my dad’s company. I can recall that each time I crossed paths with Tom, I could see him changing. He wasn’t the same person that he used to be. Tom became more withdrawn, and he started slipping in life.

His career as a stable, top-level construction manager transitioned into a career that bounced from one company to another in search of the right fit. When he ran out of local options he started his own small business. But his business ventures seemed to be on a short fuse, and nothing could go Tom’s way. He had some successes, but the cards always seemed to be stacked against my friend. Eventually, Tom came to work for our family business. My dad wrote a story about one experience that shows both the brilliance and the fallout that followed Tom. (Click here to read The Inks Dam Anchoring Project) He eventually moved on, unable to find his place working within our company. When 2005 rolled around, I had gained enough experience in the underground utility business that I felt ready to start my own company. Along with a business partner, success came easily for us. We were in our late 20s, and we had buckets full of motivation and ambition. After a year or two, we hired Tom. By this time his life was a chaotic adventure and he often brought it to work with him. One would have sworn that Tom was an addict but on a few occasions I challenged him to take a drug test and he passed each time. Something else had a grasp on this once highly functioning guy. By this time he was not a stable employee, but his numerous trade licenses helped to keep his value with us, he was around for a few years.

Tom developed a fear and paranoia of the local law enforcement. He gave me power of attorney so that when he was arrested it was easy for me to get his vehicles out of impound. I lost count of the number of times I visited the county impound lot to get a pickup truck or Harley Davidson motorcycle. I came to know that process well and was on a first-name basis with the officer in charge of the lot.

Along the way, Tom was diagnosed with, and heavily medicated for, bipolar disorder. The medications proved time and time again to help, but he would refuse to submit to it consistently, and some sort of force would take over and drive him into another hole. Tom owned a small ranch that sat about a half-mile from my office. On several occasions, we would hear or see a police helicopter flying overhead and a gut feeling told me it was Tom. Tom was never a violent person, but he was a risky one. He earned his bed in the county jail each time. It’s a sinking feeling to watch your distressed friend with helicopters overhead and swat teams closing in on their position.

Two things were a common factor that brought him to these events. It started with crazy-making and false allegations brought on by that ex-wife. Remember me mentioning her?  They weren’t what directly brought the swat teams out, but on several occasions, they were what started the event. The second factor was Tom’s mental health.  Tom was, and still is, a guy that marches to the beat of his own drum. Between the mental illness taking over, and his natural rebellious demeanor, he was not just going to submit to the law if he disagreed with the situation. Tom was a danger to himself and the public but there was no system than to understand the bigger picture.

I was extremely ignorant during the beginning phases of my divorce in 2015. After watching Tom go from hero to zero over a 20-year span, I coined a term that I repeated to myself (and a few people that were close to me), “Don’t be Tom.” I said it often to myself, “Don’t be Tom, just don’t be Tom!”  My understanding of divorce, in general, was that it was always a nightmare, but it would get better over time. I didn’t know any better then. I thought, “Just ride out the storm and then move on.” I didn’t know that the only way to ride this storm out was to build an ark. It’s just too big. I would still say those words, “Don’t be Tom,” but as the months came and went, I started to become more and more like Tom. Nobody was going to provide me with that ark; I now know that it was something I had to build myself. Along this journey, the people that really care about us can throw life preservers out to keep us afloat, but they can’t build our ark, they cannot save us. Only we can do this.

The ark I constructed started with my mother dragging me to the “Parental Alienation” Symposium in the spring of 2017 in Frisco, Texas. I attended an amazing event that helped me find the blueprint to begin building my ark. After hearing Dr. Craig Childress and Dorcy Pruter speak that day I finally understood what was happening. This storm wasn’t going away. I needed an ark. I sat around for another six weeks before I finally decided to contact Dorcy. She was the only voice that actually had a solution.

Dorcy and Dr. Childress have brought me the tools and showed me how to use them. It’s been a long journey, but I have finally built my ark. I have completed it and when it storms I seek shelter there. As long as I seek shelter, there always comes tomorrow and the rain eventually stops. It’s beautiful when you walk outside after a storm and the sun is shining down on you. When you don’t seek shelter from the storm, it’s much harder to enjoy the sunshine and peace once the storm passes. Some days the storm s 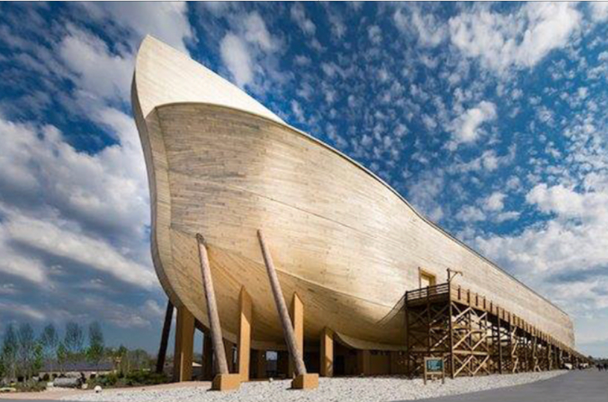 till blows, but I have my ark. Plain and simple, it’s all about personal stability.

My dear friend Tom never built his ark. His kids are both grown now but the effects of his high conflict divorce have followed him to this day. The last I heard, Tom was working as an independent contract “hotshot” driver delivering cargo across the country.  It’s just Tom, his pickup truck, and a trailer. I’ve always looked up to Tom and I miss his witty demeanor. When our paths cross again I am going to offer some tools for him to start building his own ark when he’s ready. I wish I could pull him into mine, but I can’t; it’s only big enough for me, and if I do, both of us will sink.

After becoming a client of Dorcy’s, I joined her Coach’s training program. She has gifted each of her coaches with some amazing tools for us to offer Target Parents. She dislikes the term Target Parent and prefers to use Authentic Parent in its place. I agree with her but I see it a little differently. I was a Target Parent until I built my ark. There was nothing authentic about my life. I had to mask my trauma, and I pretended to function, but I could only tread water for so long. Every day that I tread water, the next became harder. It’s not until I climbed into my ark that I was able to stop telling myself “Don’t be Tom,” and I became an Authentic Parent.

I am now a Certified Conscious Co-Parenting Coach and our job is to show you what tools to use and how to use them to build an ark of your own design.  Contact me, or one of Dorcy’s other trained coaches, to start your journey.  If you feel yourself slipping, just tell yourself, “Don’t be Tom.” Tell this to yourself when you get into “that place.” I promise there is a way to come out much stronger than you were before.  You just need an ark.